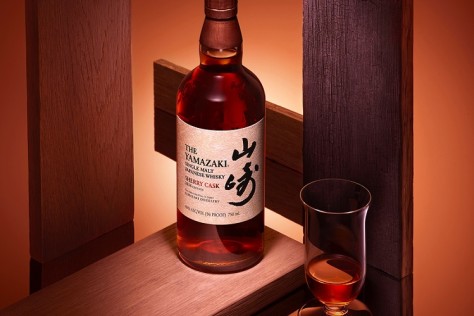 Yamazaki, the first Japanese commercial whisky distillery was founded by Shinjiro Torii in 1923. It is located in Shimamoto, on the outskirts of Japan’s ancient capital, Kyoto.

The distillery started with a single pair of stills but over time the number expanded to 16. Sherry wood has been tied to whisky industry for a long time and Japan is not exception, in fact it was the first type of cask Yamazaki ever used. Yamazaki Sherry Cask presented here is a follow-up to 2013 release (there was no bottling for 2014 and 2015), which scored top rating from Jim Murray. It is creation of Suntory master blender Shinji Fukuyo, who took a trip to Spain and personally selected casks then sent them to bodegas for storing Oloroso sherry for three years. Only 5000 bottles were produced.