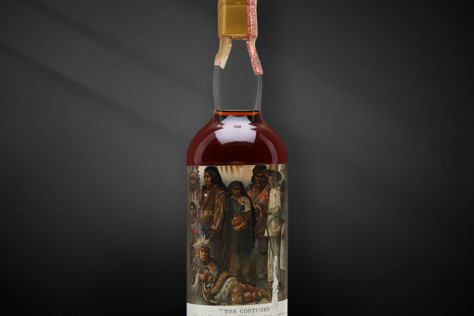 Moon Import, importer and distributor of high-end wines and spirits, was founded in Genoa in 1980 by Pepi Mongiardino. Following the advice of late Silvano Samaroli († 2017) Mongiardino opted to be “free from the big companies”. Later he became the official distributor to Bruichladdich and later Tamnavulin and Tullibardine, preferring however to procure casks from private owners. His whiskies were always beautifully labeled; he designed labels by himself inspired by images found in old books. His most famous series, such as The Birds, Animals, The Costumes and De Viris Illustribus were labeled using images discovered in an 18th Century German encyclopedia. Inchgower 1967 was aged in sherry butt # 788 and bottled at 46% abv as part of The Costumes series in 1988. The cask produced 556 bottles.