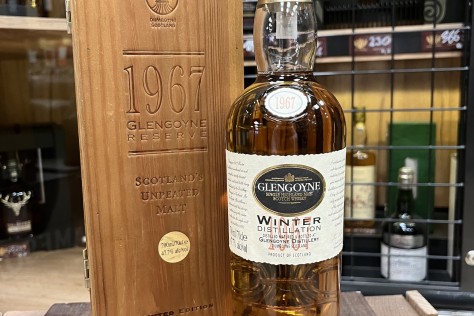 Glengoyne Distillery was founded in 1833 by the Edmonstone family and licensed under the name of Burnfoot Distillery.

The distillery sits on the Highland Lane, the historic line that divides two whisky production regions, Highlands and Lowlands. The last change in ownership took place in 2003 when the private company Ian Macleod Distillers purchased it from the Edrington Group for £7.2 million and that included pretty large stock of maturing whisky. Here we have Glengoyne distilled in 1967, two years after the distillery was acquired by Robertson & Baxter, and botted at 47.7% abv after almost three decades long maturation.