GOT Oban for tasting in Jastrzębia Góra and Warsaw 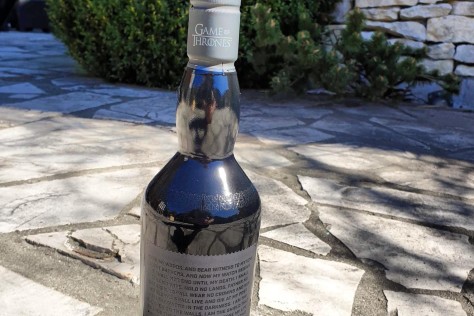 Oban Bay Reserve, Game of Thrones Night’s Watch / 43% – In the late 2018 Diageo in collaboration with HBO Inc. released Game of Thrones whisky range featuring eight single malts, each paired with one of the iconic Houses of Westeros as well as the Night’s Watch, giving fans taste of the Seven Kingdoms and beyond. Night’s Watch and Oban Distillery share more than one feature – both are not big in size but pretty important; Oban sits at the foot of the cliff separating the land and sea while Castle Black sits at the base of the Wall parting Westeros and the land north of the wall, the land of White Walkers. Oban Bay Reserve was aged in ex-bourbon barrels and is the only expression in the series presented in mysterious black bottles.