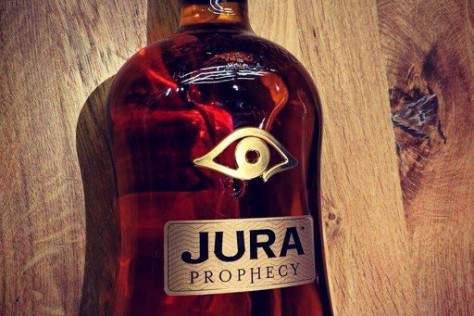 Jura Prophecy /46% – Prophecy is quite unusual expression from the Jura Distillery. The “profoundly peated” whisky was launched in 2009 and scored number of awards including silver medal at the 2015 International Wine & Spirits Competition. The whisky name brings the old story – in the early 1700s the Campbells of Jura evicted a wise old seeres. Bristling with resentment, she prophesied that the last Campbell to leave the island would be one-eyed with his belongings carried in a cart drawn by a lone white horse. In 1938 it came true when Charles Campbell, blind in one eye from the Great War, led his white horse to the old pier for the last time. Jura Prophecy is aged in Limousine oak casks and is released is small batches, about 10 000 bottles a year.

Finish: long and dry, peat smoke, herbs and a pinch of salt.