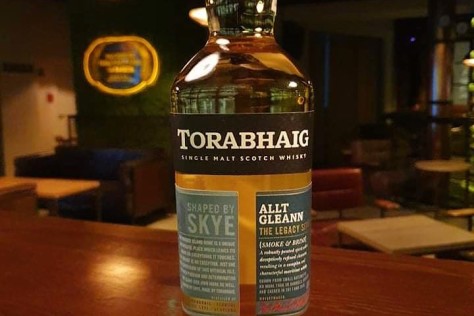 Torabhaig Allt Gleann The Legacy Series /46%/ – Torabhaig, the second distillery on the Isle of Skey, went into production in the early 2017. The distillery was a brain child of Sir Iain Noble, who moved to the island in 1972 with an idea to convert an old farm into distillery (Noble also founded Pràban na Linne whisky range, known as Gaelic Whiskies). He obtained planning permits for the distillery in 2002 but passed away in 2010 before completing the project. That was done by Mossburn Distillers, which took over in 2013 and within the next three years had the place renovated and the distillery running. The Allt Gleann (‘Old Glen’ in the Gaelic) is the second release from the distillery, part of the Legacy Series. The whisky was distilled from barley malted to 55-60ppm phenols and aged in first fill and refill bourbon barrels.