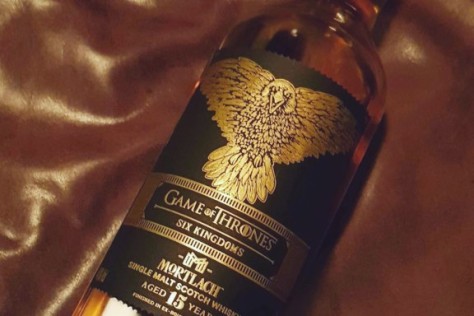 Mortlach Game of Thrones Six Kingdoms 15 years old /46%/ – Mortlach 15 years old Six Kingdoms is the ninth and final bottling to join the Game of Thrones single malt range. Six Kingdoms is inspired by the season finale and pays tribute to the fate of fictional continent of Westeros, when its seven kingdoms become six after the North became independent under queen Sansa Stark. The independence was granted by Bran Stark, who served as Three-Eyed Raven. He was chosen as king of the Six Kingdoms in the season finale. Mortlach Six Kingdoms was aged in first fill ex-sherry casks and finished in American oak ex-bourbon casks. It is presented in a metallic gold canister decorated with a pen and ink drawing of the mysterious Three-Eyed Raven.

Buy bottle at Dom Whisky Online or in our whisky shop in Reda, ul. Wejherowska 67
https://sklep-domwhisky.pl/product-pol-19143-Mortlach-Game-of-Thrones-Six-Kingdoms-15-letni-46-0-7l.html