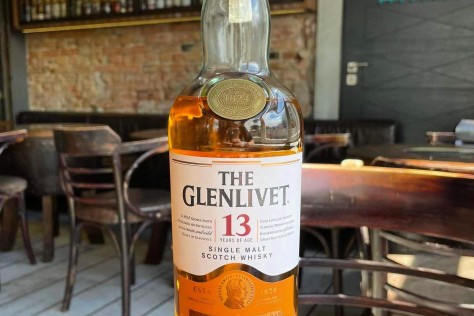 The Glenlivet 13 years old, First Fill American Oak /40%/ – The Glenlivet Distillery is located in Speyside and has been producing whisky since 1824. The area was famous for illegal distilling and whisky smuggling. In 1815 there were reputed to be 200 illicit stills there. Today Glenlivet is owned by Chivas Bros, subsidiary of Pernod Ricard, and after expansion completed in 2018 became the largest Scottish malt distillery – equipped with 14 pairs of stills can produce 21 million liters of spirit per annum. The 13 years old expression presented here was launched in 2021 in France and comprises whisky aged exclusively in first fill bourbon barrels and bottled at 40% abv.