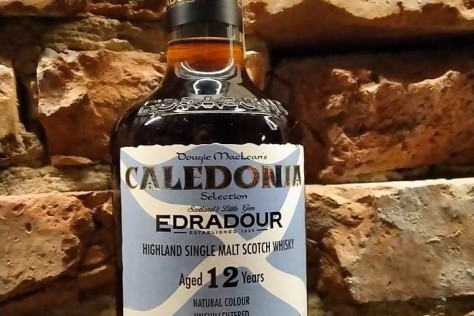 Edradour Caledonia 12 years old /46%/ – Caledonia was a special release of Edradour from 2009. The whisky (ex-Oloroso sherry cask distilled in 1997) was selected by the famous songwriter Douglas Maclean and Andrew Symington, the distillery owner. The bottling was named after famous Maclean’s song ‘Caledonia’, written in 1977 in France when the author was genuinely homesick for Scotland. (Caledonia is the Latin name given by the Romans to the land in today’s Scotland). The first Caledonia bottling was a single cask; the following bottlings fall in small batch category while maintaining the profile of the original. In 2010 Caledonia was included in the distillery core range.