New scotch for tasting in Sopot. 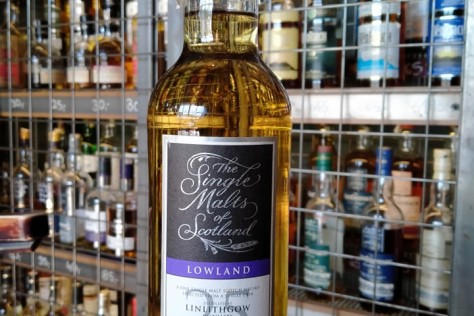 Linlithgow (St. Magdalene) 25 years old (D.1982, B.2008) The Single Malts of Scotland /46%/ –  St. Magdalene (aka Linlithgow) Distillery was founded by Sebastian Henderson in 1795. The distillery was located in the town of Linlithgow, which at some point hosted no less than five distilleries. In the late 19th Century St. Magdalene was modern and efficient distillery capable of producing 1.3 million liters of spirit per annum. The distillery operated on-site maltings until 1968 using little peat in the process. In 1982 the future of Linlithgow Distillery was basically sealed. The early 1980s were the worst times for the Scotch whisky industry in the century due to overproduction and lack of demand. Over 30 distilleries closed, unfortunately most of them for good. The distillery ceased operations in 1983 and nowadays its single malt is one of the most sought after by collectors. There is no inventory left and no one really knows how many bottles of this classic Lowlander are still in circulation.  The 2008 release from Specialty Drinks, part of The Single Malts of Scotland range, comprises whisky distilled on December 8, 1982 and aged in hogshead no. 8902 for 25 years. Bottled at 46% abv without chill-filtration on April 22, 2008 with an outrun of 245 bottles. The Single Malts of Scotland range was introduced in 2005 and consists mainly of single cask bottlings of exceptional quality.

Finish: medium long and clean, with notes of breakfast cereals,