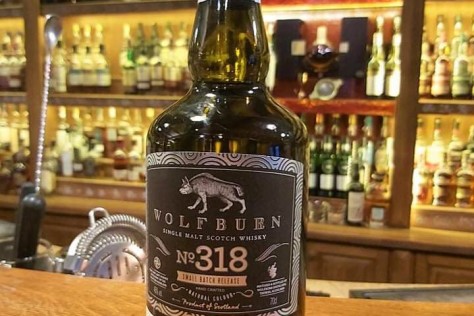 Wolfburn Nº318 Small Batch / 46% / – Wolfburn Distillery (founded 2012) sits in Thurso, Caithness, about 350 meters from the remnants of the original Wolfburn Distillery, which operated from 1821 to the 1860s. It started distillation in January 2013 and the first bottles of Wolfburn single malt were offered for sale in March 2016; the brand slowly but surely gains popularity. Wolfburn Nº318, the sixth in distillery’s Small Batch series, was launched in 2021. It is lightly peated whisky matured for seven years in first fill Oloroso sherry butts and in first fill bourbon barrels. Only 4800 bottles were produced. Wolfburn is the most northerly distillery in the Scottish mainland, its name refers to a nearby freshwater source Wolf Burn.

Order bottle at Dom Whisky Online or in our retatil whisky shops in Reda, Warsaw or Wrocław:
https://sklep-domwhisky.pl/product-pol-25681-Wolfburn…