New in our whisky bars 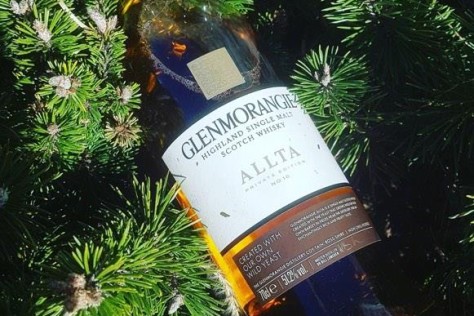 Glenmorangie Allta, Private Edition / 51,2%/ – The 10th Anniversary edition of award winning Glenmorangie Private Edition puts yeast in the spotlight. While walking the fields near the distillery Dr. Bill Lumsden picked up some Cadboll barley, brought it to the lab and discovered a specie of wild yeast nurtured on it, perfectly suitable for distilling. The yeast was cultivated and used along with locally grown barley in creation of Allta (Scots Gaelic for “wild”). The whisky was aged in ex-bourbon barrels predominantly second fill, in order to prevent whisky from too strong wood influence. Glenmorangie Allta is likely the first Scotch single malt with emphasis on yeast; it reveals the importance of yeast as a flavor component of the whisky.

Buy bottle at Dom Whisky Online or in our whisky shop in Reda, Wejherowska 67.
https://sklep-domwhisky.pl/product-pol-17416-Glenmorangie-Allta-Private-Edition-51-2-0-7l.html