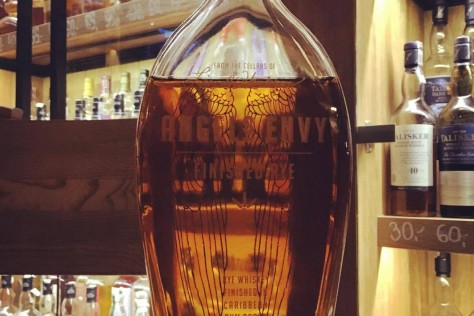 Angel’s Envy Rye Finished in Caribbean Rum Barrels / 50% – Almost every whisky drinker is familiar with Angel’s share (sprit that evaporates from the barrel during maturation), Angel’s envy on the other hand refers to the spirit left in the aging casks after Angels collected their share (usually 4-5% in the US). The brand was introduced in the late 2010 by Louisville Distilling Company and originally included Straight Bourbon Finished in Port Barrels. Rye Whiskey Finished in Caribbean Rum Barrel was added in 2013 to the range. The whiskey distilled from mash of 95% rye content (most likely sourced from MGP Indiana) after being aged in new charred oak barrels spends up to 18 months in Caribbean rum casks. In the spring of 2015 Louisville Distilling Company along with the Angel’s Envy brand was acquired by Bacardi Ltd.