Islandic whisky?! Why not. 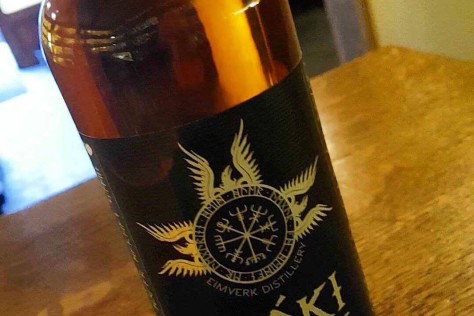 Flóki – is the brand from Eimverk Distillery, the first whisky distillery in Iceland. The company was founded in 2011 by three Thorkelsson brothers and the full scale production started in August 2013. Eimverk uses exclusively local organic barley grown in volcanic soil and malting is done on site. The Icelandic barley is low in sugars (due to short cold summers) and it takes 50% more barley than in Scotland to produce a bottle of whisky. Flóki Young Malt is bottled after being matured for about a year in fresh American oak barrels, thus cannot be legally called whisky. It is named after the first Norse explorer, who deliberately sailed to Iceland in the 9th Century.

Palate: malty and oaky, with notes of vanilla, caramel, honey, lemon pepper and hints of hay.