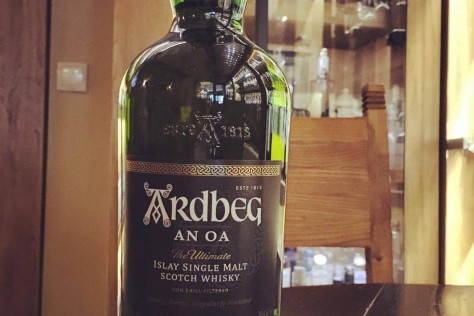 Ardbeg AN OA  – In the early spring we have heard some rumours about new addition to the Ardbeg range but the company was very secret on details. Few month later it arrived, Ardbeg An Oa, the first permanent expression since Corryvreckan joined the core range in 2009. The whisky takes its name (pronounced ‘an oh’) from Islay’s Oa peninsula, the most southerly point of the island. It is a NAS expression, a vatting of ex-Pedro Ximénez casks, virgin oak casks and ex-bourbon barrels. The vatting took place in Ardbeg’s new “Gathering Vat” constructed of French oak in the distillery’s Gathering Room, previously grain store. It looks like An Oa does not replace any of Ardbeg core expressions, which contain Corryvreckan, Uigeadail and TEN.