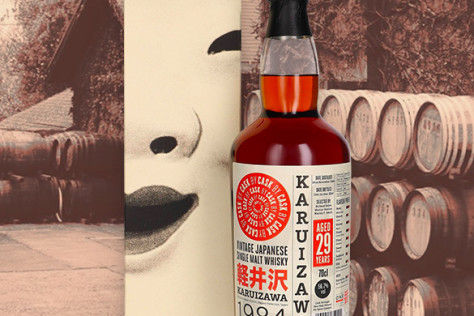 Unique, collector’s editions can always be found in our Dom Whiskey Online:

Karuizawa 29 years old (D.1984, B.2014) Cask By Cask / 56,7%/ – Karuizawa Distillery fired the stills in February 1956. Almost entire early production went into Ocean whisky range, blended and marketed by Sanraku Ocean Company, then the distillery owner. The Karuizawa brand was launched in July 1976 and it was the very first malt whisky released as such in Japan. The distillery was mothballed in December 2000 and never resumed production. Karuizawa was a small outfit with just 150,000 liters of spirit per annum capacity. At the end of the Century the distillery was in terrible condition and required considerable investment, which the owners refused to provide. Karuizawa distilling license expired in 2012 and at the same time Number One Drinks Co. acquired the remaining stock (about 360 barrels), most of which would be bottled as single cask editions. Here we have one of them, whisky distilled on November 29, 1984 and aged in sherry butt # 7802 for almost three decades. Bottled at natural strength of 56.7% abv on October 13, 2014 with an outrun of 577 bottles.