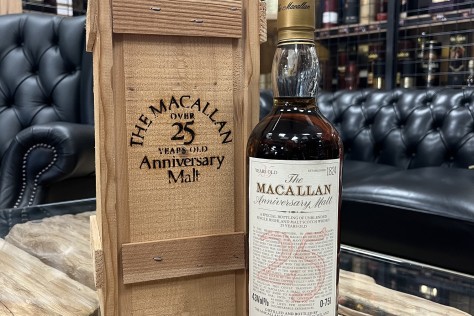 In today’s world Macallan is arguably the most cherished whisky brand. In the 1970s however the distillery future did not look bright. Macallan was one of the main components of Chivas Regal and Seagram, then Chivas owner, decided to change its formula and replace Macallan with Strathisla. Very soon the distillery started promoting its single malt emphasizing fact that is has been matured exclusively in ex-sherry casks. The first batch of Macallan was ready in early 1980s and since then success of the brand has been phenomenal. The 25 years old Anniversary Malt was part of the distillery range from the mid 1980s until early 2000s. It is a true masterpiece, an excellent example of well-aged sherry cask whisky not overpowered by sherry.