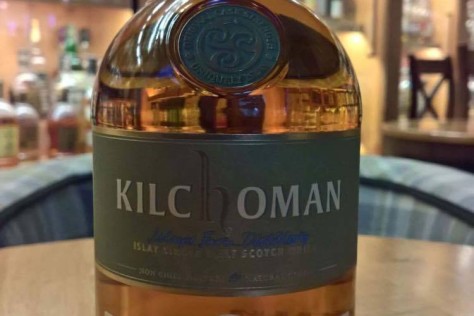 Kilchoman Original Cask Strength (D.2010, B.2016) / 56,9%/ – Kilchoman, established 2005, is the first distillery to be built on the island of Islay in 124 years. It is a small, often called “farm distillery”, with roughly 25% of the barley requirements coming from the surrounding fields and own floor maltings providing about 30% of the malt. Kilchoman Original Cask Strength released in 2016 is the second edition of cask strength expression from the distillery. While the original release (2014) was a vatting of 35 ex-bourbon barrels, the 2016 bottling comprises whisky distilled in 2010 and aged in 95 quarter casks (125 liters capacity). Only 12000 bottles were produced.

Palate: quite powerful, vanilla and caramel wrapped in peat smoke, pears, hints of cinnamon and ginger, oak and touch of iodine.