New scotch for tasting on Nowy Świat in Warsaw 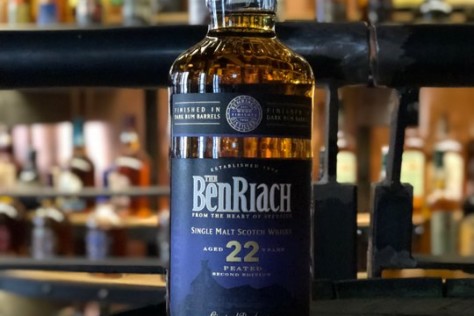 BenRiach Dunder Peated 22 years old, 2nd Edition /46% – BenRiach Dunder debuted in the early spring of 2015 as a part of the heavily peated range. It was 18 years old expression originally matured in white American Oak casks, then finished in dark rum casks. Two years later, with the distillery operating under ownership of Brown-Forman Corporation, Dunder made the second appearance, this time maturation period was extended to 22 years, including finish in Jamaican dark rum casks. The whisky is bottled of natural color and without chill-filtration. The name ‘Dunder’ refers to a by-product of rum distillation, a residue accumulating at the bottom of the still after the distillation of sugar molasses. Due to high yeast content some producers use it in the next batch to kick fermentation.

Buy bottle at Dom Whisky Online or in our whisky shop in Reda, Wejherowska 67.
https://sklep-domwhisky.pl/product-pol-15327-BenRiach-Dunder-Peated-22-letni-2nd-Edition-46-0-7l.html