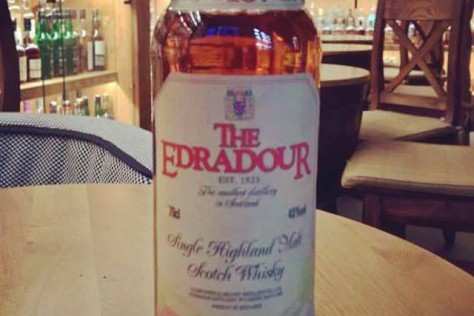 Edradour 10 years old (Bottled 1990s) / 40% – Edradour Distillery was established in 1825 by a group of Perthshire farmers as Glenforres Distillery. The name Edradour was mentioned for the first time in 1837; it translates from the Gaelic to ‘place between two rivers’. The distillery claimed to be the smallest in Scotland, producing just 12 casks of whisky per week with the entire output going into luxurious blends such as King’s Ransom or House of Lords. In 1982 Edradour was acquired by Campbell Distillers, subsidiary of Pernod Ricard, and four years later the first official expression, 10 years old, was introduced. The whisky was aged in combination of ex-sherry and ex-bourbon casks.