New whisky for tasting in Warsaw and Wrocław 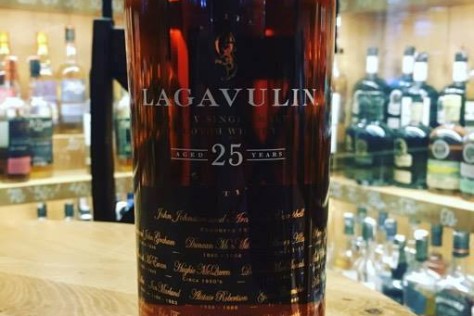 Lagavulin 25 years old, 200th Anniversary (Bottled 2016) /51,7% – In 2016 Lagavulin Distillery celebrated its 200th Anniversary. The distillery founded in 1816 is currently owned by Diageo and equipped with two pairs of stills can produce close to 2.5 million liters of spirit per annum. Lagavulin 16 years old often described as ‘the Aristocrat of Islay’ was the best seller of the original Classic Malts range. The first bicentenary edition, 8 years old was released in the early 2016, the 25 years old 200th Anniversary followed later that year and it is a recognition of the contribution the distillery managers have made in crafting Lagavulin throughout the years. The whisky was matured solely in ex-sherry casks and bottled at natural strength of 51.7% abv with an outrun of 8000 bottles. (Producer’s tasting notes.)