New scotch for tasting in Warsaw and Jastrzębia Góra 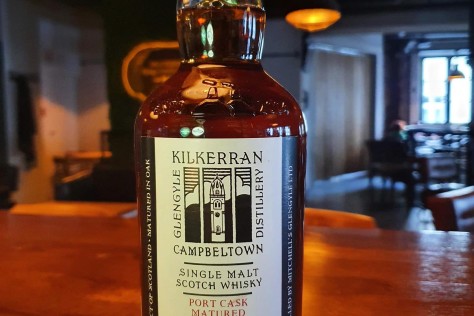 Kilkerran  8 years old, Cask Strength, Port Cask Matured /57,9%/ – Glengyle Distillery founded by William Mitchell operated in Campbeltown from 1872 to 1925. Over 75 years later Hedley Wright, the chairman of J&A Mitchell & Co. (the owners of Springbank) and great-great nephew of William Mitchell bought the old buildings and made the re-opening of Mitchell’s Glengyle Distillery in 2004 a reality. Glengyle single malt was launched in 2009 as Kilkerran and has been released in limited quantities (after increasing production in 2020, the distillery uses roughly 15% of its capacity producing 100,000 liters of spirit per annum). Kilkerran 8 years old Cask Strength was introduced in the spring of 2017; the whisky was aged exclusively in ex-bourbon barrels and earned fantastic reviews. In the early 2020 we received two sibling versions, the one presented here comes from ex-port casks.