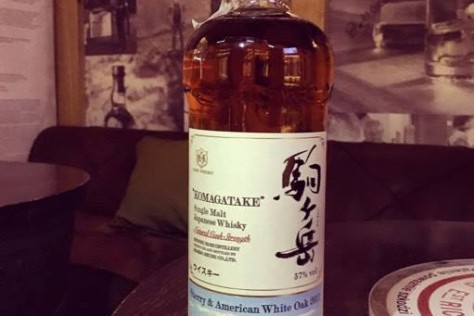 Komagatake 2011 (3 years old) Sherry & American White Oak / 57% – Komagatake whisky is produced by Shinsu Distillery in Nagano prefecture. The parent company, Hombo Shuzo, holds distilling license since 1949 but didn’t start distilling until the early 1960s. In the next 50 years Hombo had moved its operations from one location to another and tried to produce different styles of whisky with rather moderate success. After quitting whisky distillation in 1992 the distillery resumed operation in 2010. Shinsu is a small distillery, producing whisky and shochu (each spirit for about six months a year) thus their bottlings are strictly limited. Komagatake 2011 is a vatting of ex-sherry and ex-bourbon casks whiskies bottled in 2014 at punchy 57% with an outrun of 5200 bottles.

Buy it in our online shop: (https://sklep-domwhisky.pl/product-pol-10168-Mars-Maltage-Komagatake-Sherry-American-White-Oak-57-0-7l.html)