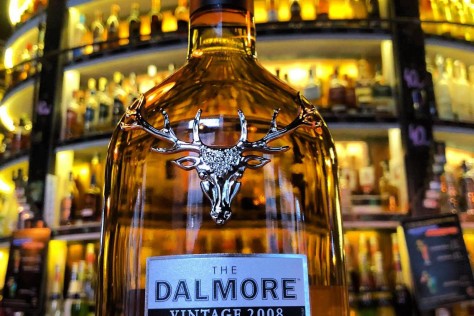 The Dalmore Vintage 2008, 10 years old / 46% / – Dalmore Distillery was established in 1839 and since 1960 has been owned by Whyte & Mackay, the blending whisky company, currently part of Imperador Inc. The character of Dalmore single malt is in great part influenced by sherry casks even though the vast majority of newly made spirit starts maturation in bourbon barrels. Dalmore 2008 Vintage does not follow that rule. The whisky originally aged in first fill bourbon barrels was transferred into casks previously held sweet Madeira wine for its final flourish. (Madeira is a Portuguese fortified wine made mainly from Negra Mole variety.)