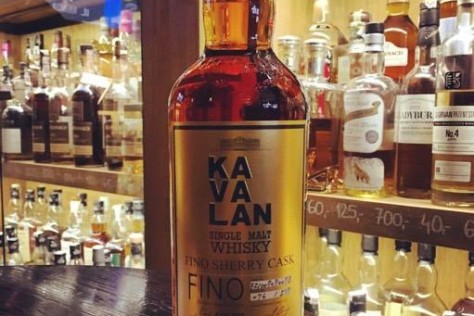 Kavalan Solist Fino Sherry Cask / 56,3% – The Kavalan brand debuted in 2008 and literarily took whisky world by the storm. The whisky is produced at Yuan Shan Distillery built in 2005/2006 in the city of Yuanshan, on the Northern part of Taiwan. The hot and humid conditions accelerate the aging process but also increase angel’s share up to 12% annually. The Solist range, containing single cask whiskies aged in various types of wood, was launched in the late 2009 with Fino Sherry Cask being one of the most prized expressions. Fino sherry is made from Palomino grapes; it is the palest and driest of all fortified wines from Jerez. In 2012 “Whisky Magazine” named Kavalan Best New World Single Malt Whisky.