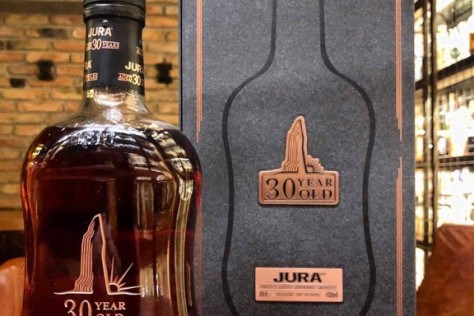 Jura Whisky 30 years old, Camas An Staca (2012 Release) /44%/ – The original Jura Distillery was founded in 1810 by Archibald Campbell. In the 19th Century the distillery changed ownership more than few times, finally in 1901 was closed and dismantled. In the early 1960s Charles Mackinlay & Co. rebuilt and refurnished the place and in 1963 the distillery was operating again. Jura Camas as Staca (Gaelic for Standing Stone) is named after the Isle of Jura’s eight standing stones, the remains of an ancient stone circle laid some 3000 years ago by the earliest Diurachs to appease the spirits. The whisky was aged in white American oak barrels for 27 years and then transferred for additional 36 months into Spanish oak ex-sherry casks sourced from González Byass.