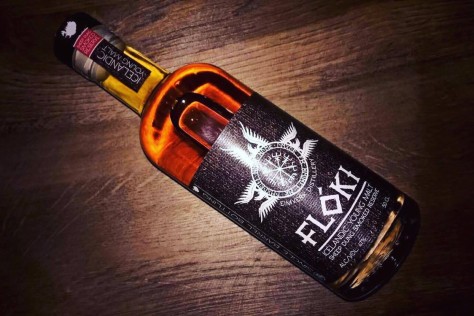 Have You tried whisky from Iceland? If not, visit our whisky bar in Warsaw:
Flóki – Icelandic Single Malt Whisky Sheep Dung Smoked Reserve /47% – Flóki is produced by Eimverk Distillery, the first whisky distillery in Iceland. The company was founded in 2011 by three Thorkelsson brothers and the full scale production started in August 2013. Eimverk uses exclusively local organic barley grown in volcanic soil and malting is done on site. The Icelandic barley is low in sugars (due to short cold summers) and it takes 50% more barley than in Scotland to produce a bottle of whisky. The Sheep Dung Smoked Reserve was launched in November 2016. There is no peat in Iceland and the barley used for this expression has been dried using generations old tradition of smoking with sheep dung. The use of sheep dung for smoking is very common practice in Iceland, it is used for fish, meat and other foods.

Palate: quite unusual, moist hay and wood, bunch of garden herbs and touches of vanilla and caramel.

order bottle at Dom Whisky Online or buy it in our whisky shop in Reda:
(https://sklep-domwhisky.pl/product-pol-13158-Floki-Icelandic-Young-Malt-Sheep-Dung-Smoked-Reserve-47-0-5l.html