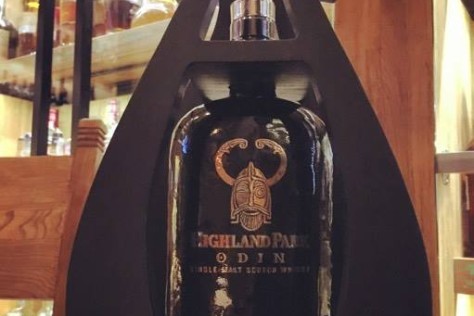 Highland Park ODIN, 16 years old / 55,8% – ODIN, released in 2015, is the fourth and final chapter in Highland Park’s The Valhalla Collection. Odin, undisputable ruler of Asgard, was the son of Bor and Bestla and father to Thor. He is described as “All-Father”, a wise and powerful god, who sacrificed one eye for a drink from the Well of Wisdom. Odin is often portrayed riding the flying eight-legged steed Sleipnir across the sky into the underworld. Odin also oversees Valhalla, a place located in Asgar where warriors who died in a battled are received. Highland Park ODIN comprises whisky aged for 16 years in first fill and refill sherry casks. Bottled at natural strength of 55.8% abv with an outrun of 17000 bottles.