New whisky for tasting in Sopot 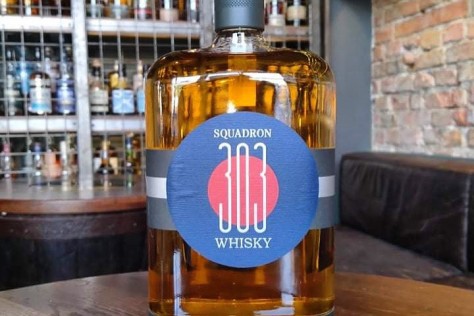 Squadron 303 Whisky, The Blend of Freedom /44%/ – Squadron 303 was the most formidable squadron in the Royal Air Force during World War II. It was made up of Polish pilots, who introduced vodka to their British brothers in arms. In exchange, the latter introduced Polish pilots to the finer points of Scottish and Irish whiskeys. Squadron 303 Whisky pays tribute to those brave pilots. Apparently, an original whisky was discovered in demijohn dating from 1940 not far from the Royal Air Force base in Turnhouse, a few kilometers from Edinburgh and became an inspiration for ‘The Blend of Freedom’. The whisky is a unique blend of Scottish single malt, English single malt, Irish single grain, Kentucky bourbon and French single malt. The company also produces Squadron 303 Vodka, a replica of vodka single distilled from potatoes during the war.