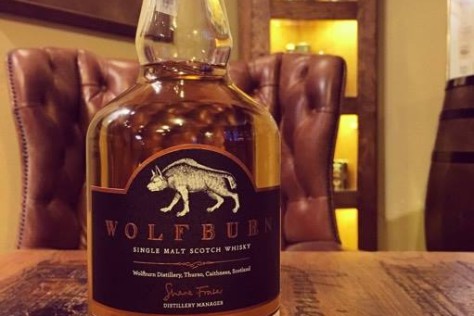 Wolfburn Aurora Sherry Oak/ 46% – Wolfburn Distillery (founded 2012) sits in Thurso, Caithness, about 350 meters from the remnants of the original Wolfburn, which operated from 1821 to the 1860s. It started distillation in January 2013 and the first bottles of Wolfburn single malt were offered for sale in March 2016. Few months later the Aurora expression followed, a vatting of whiskies matured in second fill quarter casks (40%), first fill bourbon barrels (40%) and fresh Oloroso sherry hogsheads (20%). Wolfburn is the most northerly distillery in the Scottish mainland, its name refers to a nearby freshwater source Wolf Burn.