New Blanton’s for tasting in Warsaw 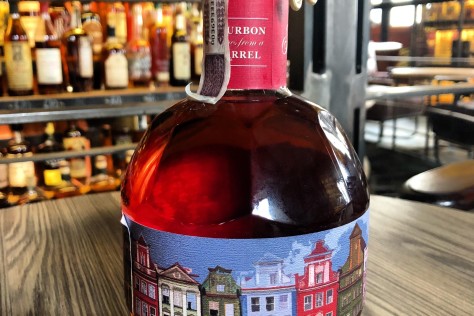 Blanton’s Single Barrel, M&P Festival 2018 /50%/ – Single barrel bourbon sub-category started with Blanton’s in 1984. Nearing retirement, Master Distiller Elmer T. Lee, was tasked with creating a bourbon of exceptional quality. With careful reflection he recalled the earlier days of his career in the late 1940s, when he worked under Colonel Albert B. Blanton (president of the distillery until 1952). Mr. Lee remembered that when Colonel Blanton would entertain important guests he would pick ‘honey barrels’ from the center of Warehouse H and have their content bottled one barrel at a time. As a tribute to his mentor’s old tradition Elmer T. Lee decided to name the new bourbon ‘Blanton’s Single Barrel’. The barrels are always selected from warehouse H, the only metal warehouse on the distillery grounds, and the exclusive home of the Blanton’s brand. The metal walls are pretty thin and the temperature inside the warehouse is close to the actual outside temperature thus the bourbon is in the best way exposed to natural elements.

The bottle presented here was filled from the cask 1225 specially selected for the 2018 M&P Festival. It is Blanton’s bourbon at its heights, where sweetness of vanilla, crème brûlée, honey and marzipan is nicely balanced with white pepper and charred oak