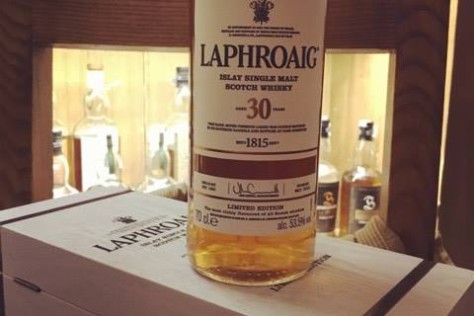 Laphroaig 30 years old (D.1985, B. 2016) / 53,5% – With 3.5 million bottles sold annually worldwide (almost as many as Bowmore and Lagavulin combined) Laphroaig is by far the best selling Islay malt. Its extensive product range lists more than a dozen expressions with majority being bottled without age statement. There are some notable exception though, such as limited release of 30 years old from May 2016. The whisky distilled in October 1985 was double aged in ex-bourbon barrels, first and second fill, and bottled unchill-filtered at natural strength of 53.5% abv with an outrun of 10000 bottles.
Producer’s tasting note:

Nose: mandarin and mango rise to the fore tempered by toasted almond and coconut; aromatic peat oils are interwoven, appearing as cedar, wintergreen and smoked sage.