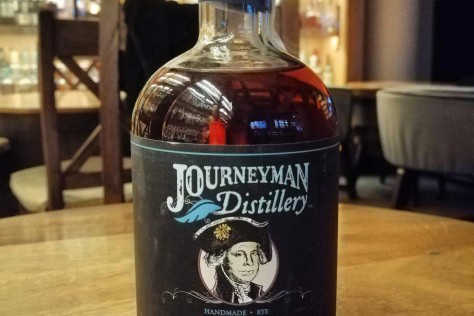 Journeyman ‘Not a King’ Rye Whiskey / 45%/ – Journeyman Distillery was founded by Bill Welter in Three Oaks, Michigan in 2010. In 2000 Bill travelled to Scotland to study the history of golf and gain the greater understanding of the game but fell in love with Scotch whisky. Journeyman uses locally grown grains and is one of very few certified organic distilleries in the US and their spirits are also kosher certified. Journey Not a King was distilled from mash of 60% organic rye and 40% organic corn. The whiskey is a tribute to George Washington, who was not only the first president of the United States but also a distiller. He was celebrated by masses as the first King of America, a title he strongly opposed. Journey Not a King scored gold medal at the 2018 Berlin International Spirit Competition.

Buy bottle at Dom Whisky Online or in our whisky shopin Reda, Wejherowska 67.