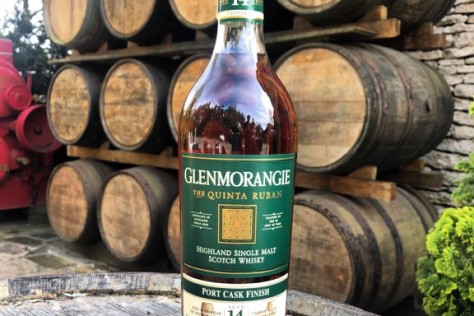 Glenmorangie Quinta Ruban 14 years old / 46%/ – In the spring of 2019 Glenmorangie has increased the age statement of Quinta Ruban (port-finished expression) to 14 years old. According to Brendan McCarron, head of Glenmorangie whisky stocks, such decision was made as a respond to customers’ suggestion to “emphasize whisky flavor”. Glenmorangie Port Wood Finish 12 years old was launched in 1994 as part of the core range; since 2007 it has been marketed as Quinta Ruban, originally bottled without age statement and in 2010 replaced by the 12 years old. The whisky is aged in white American oak casks for 10 years then transferred into port pipes and barriques from the Quintas of Portugal for additional several years.