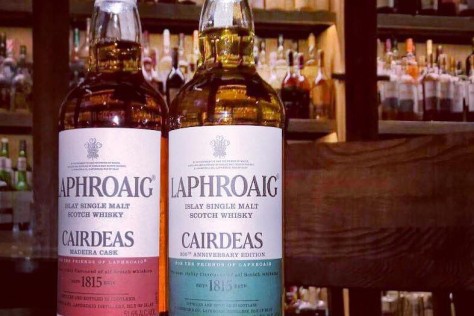 Laphroaig Càirdeas Madeira Cask / 51,6% – Every year Laphroaig Distillery commemorates Fèis Ìle with a limited bottling of Càirdeas intended to reward The Friends of Laphroaig, an informal group of Laphroaig devotees. For 2016 John Campbell, the distillery manager, prepared whisky aged for 8 to 10 years in American oak casks and finished for over a year in ex-Madeira casks. The whisky was bottled at 51.6% abv; as we remember, since 2012 the last two numbers of abv are matching the year, in which it was produced. The word ‘Càirdeas’ translates from the Gaelic to ‘Friendship’.