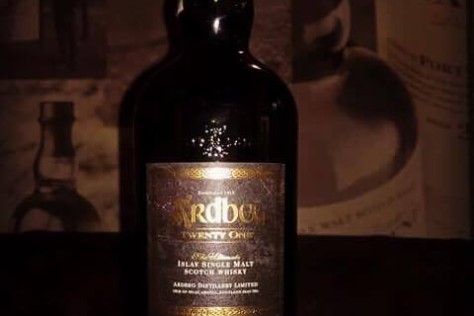 New Ardbeg is now available for tasting in our whisky bar in Warsaw:

Ardbeg Twenty One – Ardbeg Distillery doesn’t need any introductions, most of us are well aware that the brand has been enjoying cult status with demand exceeding supply. Ardbeg Twenty One was called a “legendary bottling” prior to its release in the fall of 2016. The whisky was distilled in 1993 and 1994 when Ardbeg was owned by Allied Domecq and produced very little whisky destined mainly for blending. Glenmorangie Company, the current distillery owner, was able to buy back 270 casks from Chivas Brothers and decided to bottle half of them. Mickey Heads, present Ardbeg manager, was working then as a stillman and was given the honor of having his signature on the label. Ardbeg Twenty One comprises whisky aged in ex-bourbon barrels bottled at 46% abv with an outrun of 9000 bottles.

Finish: long and soothing, with notes of pepper, aniseed, peat smoke and tar.